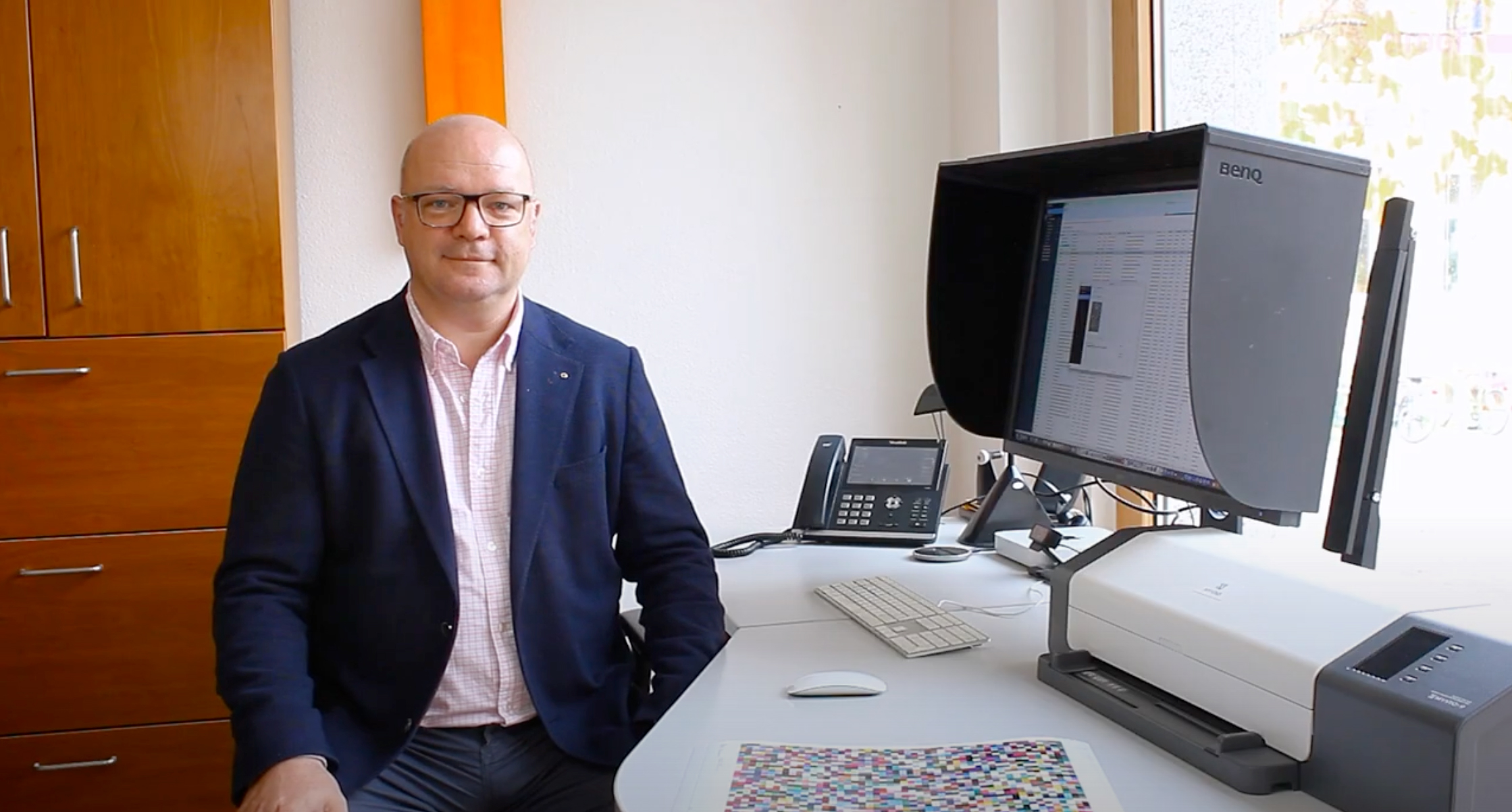 Over the last few months, we at Proof.de have been thinking about further improving our already very good colour measurement technology in terms of speed and measurement precision. Relatively quickly it became clear that only two devices would come into question: The KonicaMinolta MYIRO-9, the successor of the former FD-9, or the X-Rite ISIS 2 XL.

The starting point: Since we at Proof GmbH have 5 proofing devices, the calibration of targets for profile optimisation is a time-critical undertaking for us. Therefore, we had been looking around for an upgrade of our previous X-Rite i1-iO measurement device for the last few months, because here we always had the difficulty: When we started an iterative colour measurement for profile optimisation, we always had to measure two measurement targets per measurement run. And the calibration on the i1-iO means: Click three times on the target and then click again to start the measurement. After a few minutes, the first target was measured, which then had to be removed from the measuring table, the new target placed on it, clicked three times again, then clicked on “Measure” and at some point an IT8 chart with 1617 or, with a modified target, over 1800 measuring fields was measured. The whole thing was then optimised, and then went into the next print, measure and optimise round, and – depending on the result of the optimisation – this was repeated 3-4 times per printer and per proof substrate. Since the iO also has to scan each line twice for M1 measurements, the measuring speed was reduced even further for all proof substrates containing OBA.

Our choice: The KonicaMinolta MYIRO-9

After some deliberation, we decided on the KonicaMinolta MYIRO-9.
Why? There were some clear reasons for the X-Rite ISIS 2 XL: We would have stayed further in the X-Rite world, the device is fast and has a low deviation from meter to meter and from measurement to measurement … and due to the good alignment within the X-Rite family, we would have surely come to very good results. But the MYIRO-9 is simply a notch better in speed and measuring precision than the competing device from X-Rite.

For some years now, the possibilities of colorimetric measurement of printing inks have become simpler and cheaper. And so it is often believed that measuring printing inks is simple, inexpensive and, above all, highly accurate. And this also across a wide variety of brands and generations of measuring devices. Is that true?

If you look at a few studies, that does not necessarily seem to be the case. IFRA, for example, requires that when measuring BCRA ceramic tiles the colour differences between different measuring instruments should be below Delta-E 0.3. In reality, however, things looked different. In a Nussbaum study, 8 out of 9 measurements were for a Delta-E greater than 2.0; in a Wyble & Rich study, the deviations were between Delta-E 0.76 and 1.68. But why are the deviations so large?

The solution for this: In a measuring device, several light sources are distributed or, in the best case, the illumination is emitted directly circular at an angle of 45 degrees in order to minimize such effects.